I would like to take a minute and acknowledge the vast amount of dessert options in Romania. As an American, I am very used to saying, “No, I am so full” when the waiter asks if he/she can bring a dessert menu. In Romania, you order all of your courses up front, so with your huge appetite and big fat American wallet, you’re like, sure, I’ll get that ice cream, it’s like 12 lei ($3ish). And so, I will begin a compendium of desserts that you will find and order in Romania. 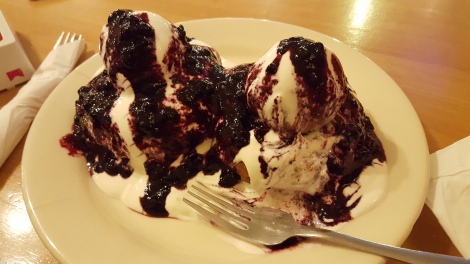 Similar to American donuts, but different in that it is topped with some cream and blackberry jam. Holy hell, this should be the national dessert of Romania. After I concluded my quest to find the best iteration of this dessert, I discovered that papanași is my spirit animal.  Verdict: scrumptious. 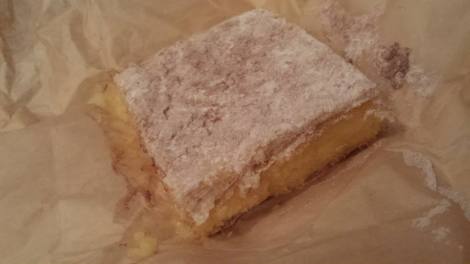 Some kind of custard thing with a flaky crust. I bought this for like 6 lei ($1.50ish) at the most amazing little bakery (? I don’t know what else to call it, it’s more like a walk up window where you can buy treats). The point is, Cremşnit is delicious. Verdict: divine. 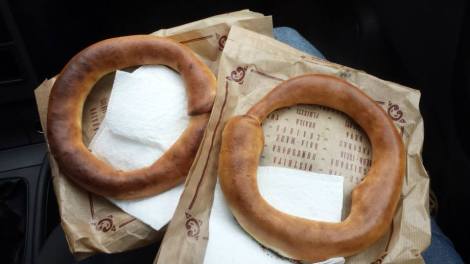 Are you hungry on your way home from work? …or maybe you’re not hungry at all, you’re just craving these fantastic circles of joy. Covrigi are similar to pretzels, but instead of salt, they are filled with yummy chocolate or vanilla or strawberry or whatever. Make sure to get one fresh out of the oven because they’re best when hot. Verdict: mouthwatering.

during – there is no after, obviously I ate all of it and licked the plate

These puppies are basically crepes, but for some reason, I’ve never had a crepe that tasted this good. I’ve had both chocolate filling and fruit filling, and both were heavenly. Verdict: sublime. I basically reached Nirvana eating these. 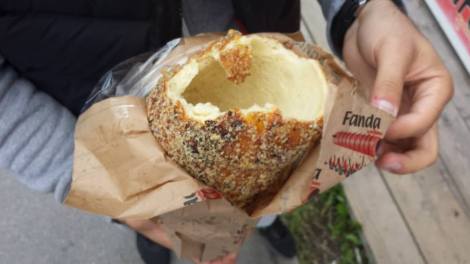 Even though these are a Hungarian treat, I will forgive them and get them anytime my heart desires. I have been very #blessed to have experienced Kurtos several times. I’ve tried the traditional walnut topping, chocolate topping, and plain ol’ sugar glaze. When these are fresh off the grill, they can’t be beat. Warm, sweet bread.

Other desserts that were damn good 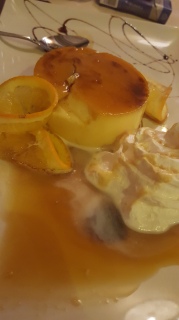 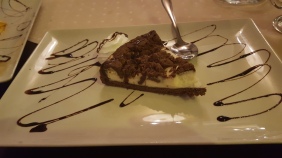 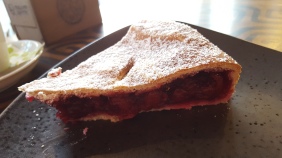 On the left, some kind of Romanian flan with orange sauce. Top right, cheesecake, I think? Also, I need to mention that it is usually called “American Cheesecake” – and I think this dessert is perceived as an American food, although many Americans think it’s kind of not worth the calories (I say it depends on what kind of cheesecake). Bottom right, cherry pie. Verdict: not too shabby.

We bought this little chocolate snowman and named him Frederick. He was a Christmas decoration until after Christmas. After Christmas, we murdered *COUGH* I mean, we ate him. Well, I ate him. Face first. Verdict: sweet, delicious murder. 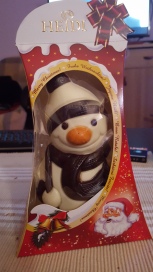 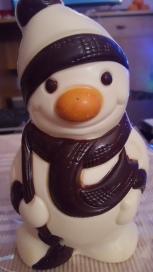 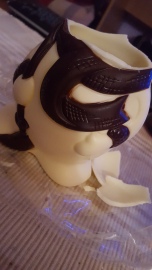 2 responses to “Sweets for the Sweet”