Today I am going to answer the question, “Why do Romanians celebrate Oktoberfest?”

Because that was my question, too. Oktoberfest (in my mind) is a German festival. So why would it be important to Romanians?

It has a lot to do with the original settlers of Brasov. The Saxons, a Germanic people, were settled in the Transylvanian region in the 1100s. Even though that was almost a thousand years ago, there is still a Saxon population here today.

Many descendants of these original settlers in Transylvania feel connected to their Saxon heritage and celebrate it in traditional ways, like Oktoberfest. In some parts of Transylvania,
German is spoken just as much as Romanian. In Sibiu, many signs are written in German. They even have a ton of German TV channels. Our driver last year spoke both languages fluently.

f Romania, Klaus Iohannis, is even part of the Saxon tradition in Romania. He was born in Sibiu and considers German to be one of his native languages. Sadly, Romania has lost a lot of its Saxon population. Many left Romania to move to Germany after the last world war and the fall of Communism. In 1930, there were over 700,000 citizens of Saxon descent in Romania. In 2016, there are less than 40,000. In my eyes, it’s important that Romania continue the Saxon traditions or they risk losing an important part of their culture.

There are hints of the Saxons all over the place in Romania, like the existence of Oktoberfest. You can also see the Saxons in the place names they left behind. 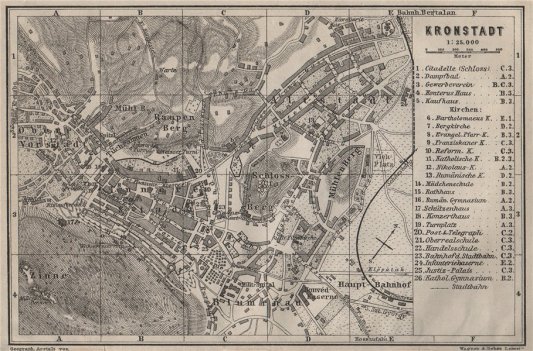 Did you know that Brasov has several different names? Originally, the city of Brasov was called Corona (in Latin = crown). The Transylvanian town was named by its Saxon inhabitants in the 1200s – it was also known as Kronstadt (Crown city).

The citizens of Brasov pay tribute to the original name and founders by including crown symbolism in the city’s emblem.

Brasov also has a Hungarian name. At one point, most of Transylvania belonged to the Austro-Hungarian empire, and so it acquired the name of Brassó. If you travel around the city, there are several signs that show the name of Brasov in all three languages. 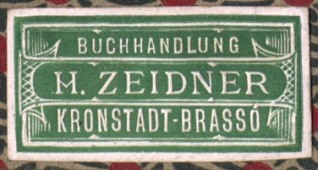 Most of the population today only refers to the city as Brasov, but if you happen to allude to Kronstadt or Brasso, people know what you are talking about.

Fun fact: Brasov was also known as Stalin’s City during the Communist era. It was said that Brasov was his favorite city. 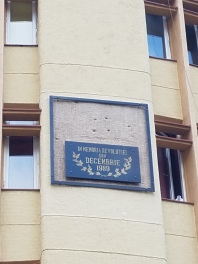 Today I learned there was a big statue of Stalin right across from the Modarom during Communism, just meters away from where bullet holes remain from the ’89 revolution. /end Tangent]

I hope now you can understand why people in Romania would celebrate Oktoberfest. If you’re interested in learning more about Romania’s history, I recommend this book. I get a lot of good information from here. It also has pictures 😛

If you want to read more about the Transylvanian Saxons, you can read up here and here.

Now on to the actual festival…

We attended Oktoberfest in Brasov on two different days. We went the first night it was open and I was pretty overwhelmed. They had set up a huge tent and there were thousands of people inside, all drinking huge mugs of beer and eating sausages. There was even a German band playing. I’ve only ever been to Oktoberfest in Helen, Georgia, and this was so much more authentic.

Here is a picture of the mugs of beer I was talking about. The picture is sort of misleading because the mug appears small…trust me, they were not. I think you could fit at least three cans of beer into that mug. It was at least a liter of beer.

They were selling so many different kinds of food. 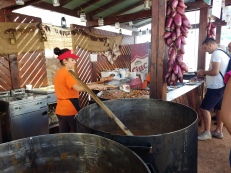 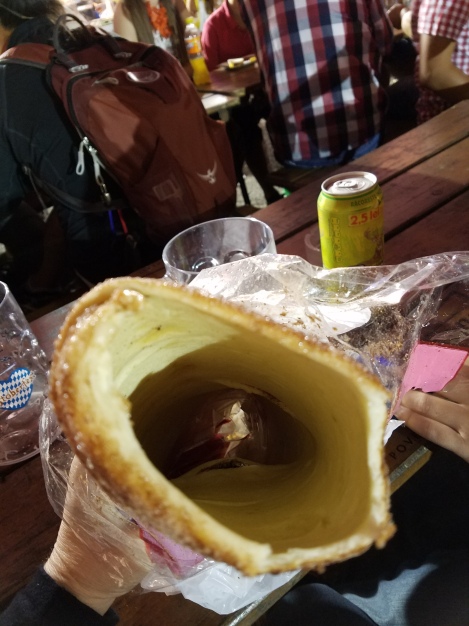 My favorite were the pretzels. SO. GOOD. Put that pretzel with a beer = heaven. The pretzels were also very large. I will say that the ratio of pretzel to beer was very satisfying.

Roasted pigs were also very popular at Oktoberfest. I was kind of transfixed by them. They just…glistened…as they rotated. Magical roasted pigs. 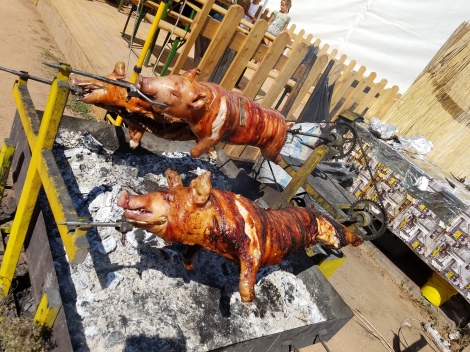 They also had lots of candy, gingerbread cookies (these are in the shape of objects or cartoon characters with icing – I bought one at Christmas that looked like a house), strudels, doughnuts, etc. Basically everything you need to get diabetes in a very short time. 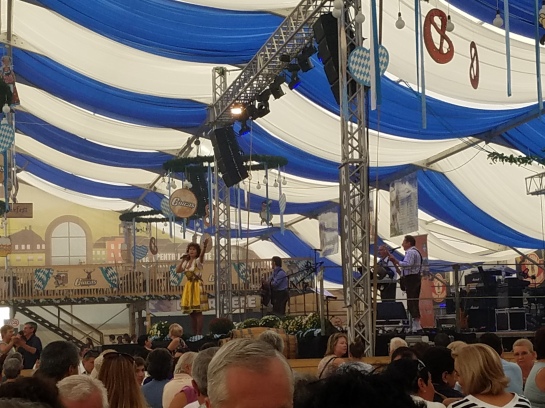 I was super happy that we took a taxi. After those big beers, no one is in any position to drive a car. It also made me feel better to see so many police officers out and about. The police here have a different feeling than back home. In Georgia, I always felt like the police were present to catch me doing something wrong. Here, I feel like they’re creating a safe space for people to enjoy their lives.

Obviously, we had the WURST time. Ha. Sorry, I had to throw in that pun.

We actually had a lot of fun at Oktoberfest. I wish more of our friends had been able to come with us, but the timing of the festival was off. I think people weren’t expecting it to start in late August. Because…it’s Oktober…fest.

Anyway, despite the festival being so early, it really got me excited for the end of summer. I am ready for autumn now. The leaves are starting to change a bit and I’m very thankful that the temperatures are hovering in the mid-70s lately. 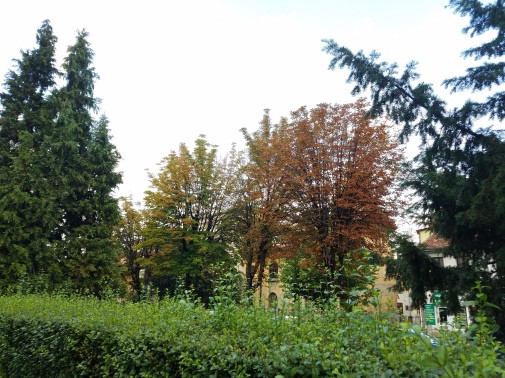 One response to “Romanian Traditions: Oktoberfest”