I wish I could say that I’ve been super busy and too distracted to post lately, but the truth is that I’ve had a lot of free time. I’m feeling pretty relaxed. Instead, however, of devoting this energy to constructive projects (like this blog), I’ve simply given up and become a human burrito. 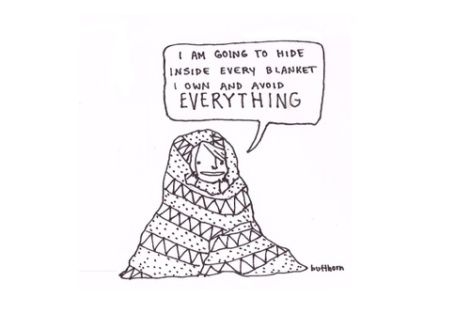 You see, it’s very cold here. Obviously from my last post (about the blizzard), we’re having an actual winter. I’m adjusting (? maybe?) but the truth is that being outside in the cold basically sucks a lot of your ambition out of you and you end up snuggled in your jammies watching Netflix. I’ve watched some very good TV lately. I watched The Crown, Poldark, Rebellion, and Vikings.

But every now and then we get an urge to go do something, and after the new year we decided to drive to the Fagaras Mountains and take the telecabina to Balea Lac. In the summer, you might actually be able to drive up to Balea Lac, if the Transfagarasan is open, but right now it’s under about ten feet of snow. 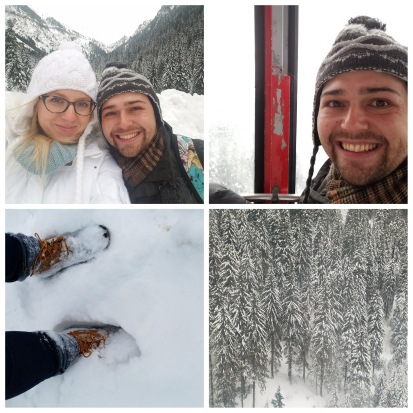 The Ice Hotel was our main motivation for making the trek up the hill, and it did not disappoint. We just visited, and I’m glad. I wouldn’t recommend actually sleeping there because the beds were very…firm. Everything, including the floors, is made out of ice. If you’re more of the Yeti/Sasquatch “love the cold” type, this is probably the hotel for you.

Each room is decorated in a different theme, and they carve figures out of the walls. I think this year’s theme for the whole hotel was Hollywood. They had Darth Vader, the Gladiator, a dinosaur, and an Orc. Also, Mihai Viteazu and Jesus. Because this is an ice hotel in Romania, after all.

We toured the hotel and watched the men use chainsaws to cut the ice blocks out of the lake. The blocks were this absolutely gorgeous color of blue. They looked like sea glass. The men used snow mobiles to drag the ice blocks over to the construction site. On this day, they were building an ice church. 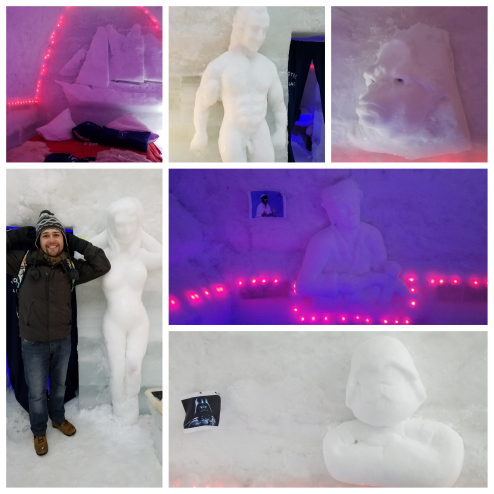 I think we spent about an hour on top of the mountain. We were lucky because when we got there we had good visibility and we could see the view from the cliffs down to the valley. At some point, it became very cloudy and started to snow, so visibility was basically nil. We decided to leave at that point, mostly because we were becoming ice blocks ourselves.

Here is a short video with some more moments from the Balea Lac and the Ice Hotel.

One response to “Balea Lac and the Ice Hotel”