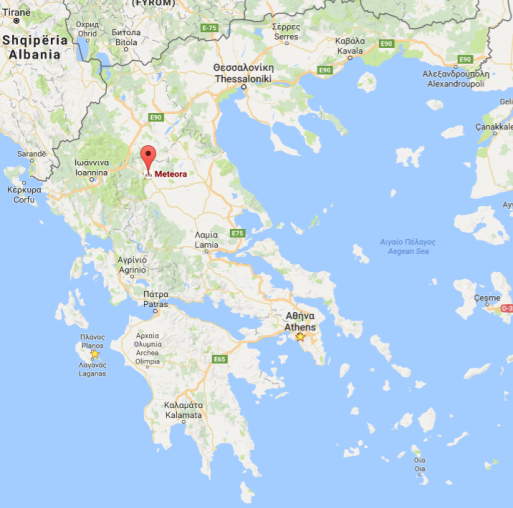 Meteora is a small grouping of monasteries near the small town of Kalambaka.

I would never in a million years have ever thought I would have gotten the chance to visit Greece. A few years ago, it was on one of my “sigh” lists for traveling – as in, “Sigh, too bad I can’t afford to go there.” The great news about being in Romania is that Greece is basically a 15 hour drive away

Varlaam Monastery – they have a rope and pulley system that pulls a box across that big expanse. I think it’s only for supplies, thank God.

So when we decided to go to Greece, I broke out my handy Trip Advisor app and started looking to see where we could go besides Athens. One of the most popular destinations in Greece happens to be a small town called Meteora. Why is it so popular? This sleepy little village is home to several monasteries. Monasteries that are built on the tops of mountains. 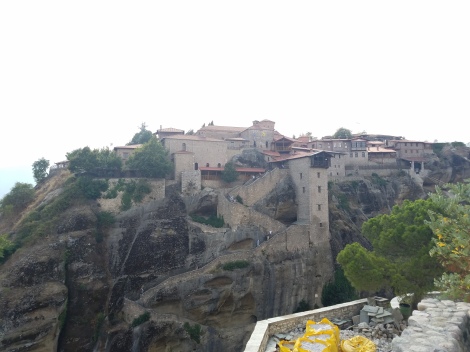 But they’re not just any mountains. These are basically monoliths that go straight up with cliff faces on every side. Someone ~climbed~ up these cliffs in the 1300s and basically stood at the top and thought, “Yeah, I should build a monastery here. That makes sense. Now, how do I get down?”

Somehow they devised a system to haul up building materials and supplies. I don’t know how they did it, but they ended up building like, ten of these things. There are also several unfinished (as in, given up on) monastery ruins that you can see once you get to the top. 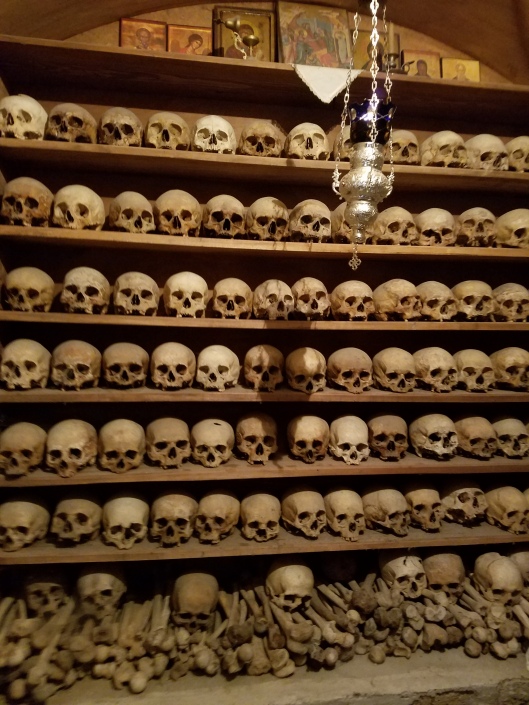 The (REAL) bones of the monks that lived in the monastery. Here is a thought: inside every one of us is a spooky skeleton!

Light a candle and say a prayer for someone!

Here is something weird that I didn’t think I’d like at first. Since they are working monasteries, they have dress codes. For the men, pants. For the women, dresses or long skirts. I went the safe route with a maxi and a cardigan. Basically, all that was showing was my neck and you know what, I was really okay with that. I felt respectful of their space. If they had asked me to cover my head, I would’ve done that, too. 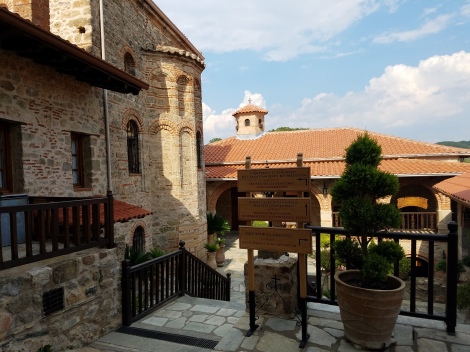 The views from the top of the monasteries were breathtaking…after I got over my fear of heights. Ha. If you know me at all, you know I basically become paralyzed when I am up high. I have trouble moving my legs. But somehow (!! strength of Zeus!) I managed to get close enough to the edge to take some photos. 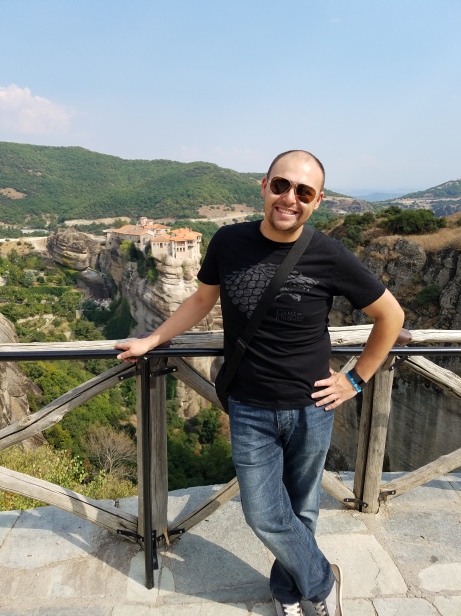 That evening we ate in town at a lovely restaurant. Claudiu had the traditional moussaka (he liked it, I was meh), and I had some Greek meatballs. For an appetizer we had a bulgher salad that was delicious. Of course, we both had Mythos beer. 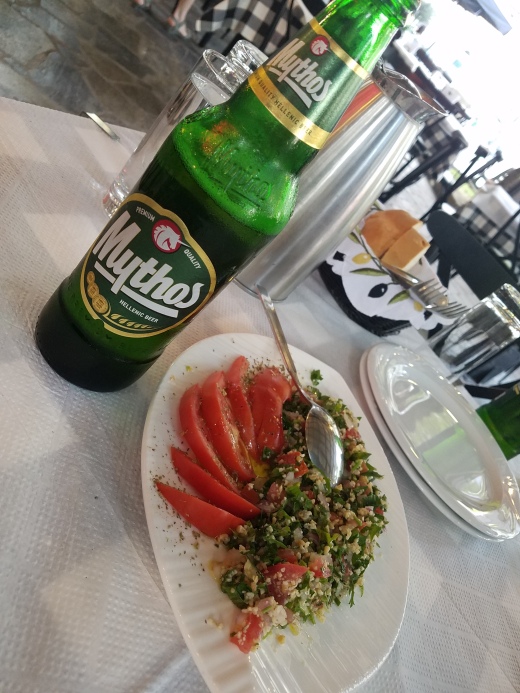 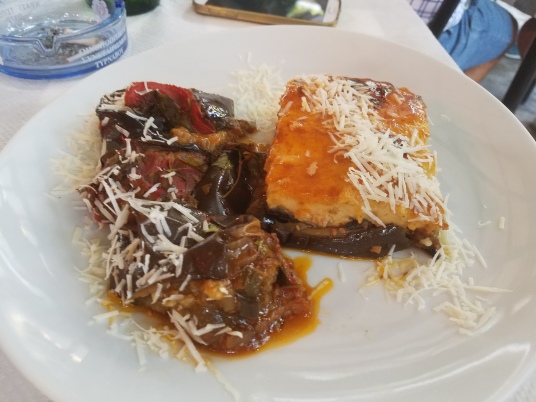 Meat…balls…not as exciting as Moussaka…

We camped at a local place that was clean, cheap, and full of Germans. Well, it’s not really relevant that there were so many Germans. Camping  was just so much better than staying in a hotel because the air was so fresh and you could wake up and see the monasteries on the mountains right above your tent.

Actual original charter for the monastery (1300s). It looks like his Greek teacher edited his paper 😛

After we had some breakfast and packed up our gear, we headed off to our actual vacation on Zakynthos (Zante) Island. So far, I was really impressed with Greece: the hospitality of the people, the food (and beer), and the gorgeous Mediterranean landscape. I think one of the best parts of road trips is watching the geography change as you move. We basically watched thick forests turn into scrubby hills.

Carved by (who else) a monk!

The architecture changes, too. Bulgaria and Romania have similar style houses. In the very north part of Greece, they are somewhat similar, but they change color. Most of the Greek houses we saw were white. I’m assuming it’s to deflect the insane radiating Greek sun. More on that later.

Views for miles of the scrubby brush…