I’ve mentioned before the love I have for the book “Fluent Forever” – it gave me some great tips on how the process of language learning works in the brain. I’ve taken some advice from this book and some other websites and started applying some of these concepts to my own pursuit of learning Romanian.

The first technique I started using was the process of spaced repetition. For this, I found the app Memrise to be the most helpful. People have created lots of Romanian resources including my personal favorite, “Random Romanian Sentences”. These sentences are truly random (i.e. Tom died in bed), and seemingly make little sense, but you actually end up learning the sentence structure. Later, you can substitute the words and retain the actual structure of the sentence as a Romanian would phrase it.

The second technique I am using is creating schema. I am creating Power Point slides with picture examples of words so I can learn the cultural meaning of the words. Maybe it would be better to describe them as visual constructions of meaning.

I think I mentioned doing this in a previous language learning blog. It’s not enough to know that bunica is grandma. American “grandma” and “bunica” are two entirely different cultural constructs. Bunica gives you supa. Grandma gives you candies in glass bowls (bonus points if they’ve been out in the bowls for days…or weeks). Bunica walks to the piata on Saturday and Grandma plays bridge at the senior center. The same goes for words like “church” – churches in Romania look nothing like they do in the U.S, inside and out (I think the biggest difference is the inside seating – Romanian Orthodox barely have any, and they’re located along the wall). 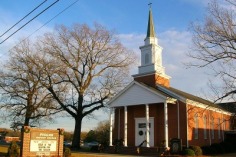 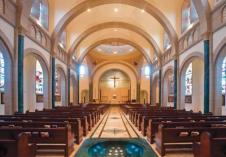 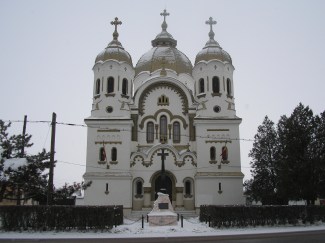 The last method and the one I’m having the most fun with lately are memory palaces. These were invented by the Ancient Greeks as a way to spatially memorize items. Basically, you build a mental house and every time you learn a new word or phrase, you place it in the house in a meaningful way. Later, you can mentally “walk” through your house and recall the items you’ve placed in each room. Sherlock Holmes also used this technique. If you want more information, there’s also a great TED talk on why this works so well.

I read an article where someone went a step further and created a memory town. I loved this idea and decided to steal it for myself. I thought about the hardest thing for me to learn in Romanian class, and I realized I struggle the most with the gendered nouns. Romanian is not like one of those nice pretty languages where the nouns play nice. Oh, no, my friends – Romanians nouns can be feminine, masculine, or neutral. And sometimes, they change genders based on number.

In order to save some of my sanity (whatever I have left at this point lol), I made a memory town with three parts. The old city (feminine nouns), the new city (where the man nouns live), and the island of misfit toys, I mean, neutral nouns. If you look at the image I’ve chosen, you’ll see it resembles Paris. That’s on purpose – I’ve been there and I’m familiar with walking around the streets. I like the feel of the buildings and I can visualize making houses and putting concepts into buildings. 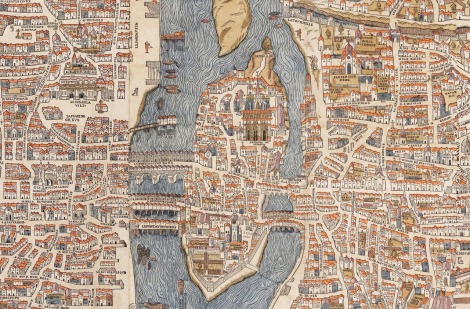 For example, the word for purse, geantă, is feminine. I created a handmade purse shop in the “Old Town” part of the city. The name of the store is Geantă. Creative, I know. Boring names aside, now I can remember what the heck a geantă is – and I get a visual when I try to recall the meaning. A large storefront with big windows full of handmade leather bags – it fits right in with rest of the old city charm. 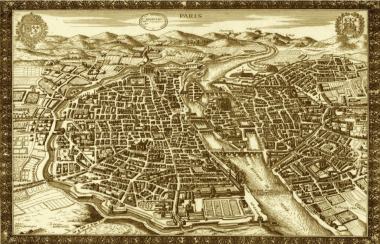 The town can be as big as I need it to be. It’s not even limited to the three sectors I’ve created so far.

I even have people living on the outskirts of town in the countryside. I have trouble remembering the sound difference between “Look at!” (Uite) and Forget (Uita). It’s basically an “uh” versus an “eh” issue. To solve this problem, I mentally created some WHEAT (uite) farmers who happen to be Canadian (Eh?). Look at them harvest their wheat, eh (uite)? 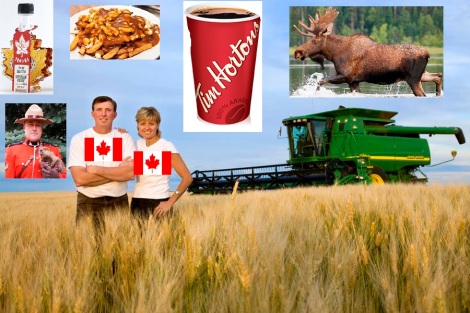 If you’re trying to learn a language and you’re afraid you’ll never remember anything – try some of the things I mentioned above. A lot of it is training your brain to automatically categorize and connect ideas – something that we’ve lost in the age of technology, I think.

Memorizing used to be very difficult for me until I actually started practicing it, and now I think it’s a bit easier. I’m not sure it’ll ever be easy, but at least with some of the tricks I listed above, I have a chance! 🙂