In Romania, you are a very lucky person because you get not one, but ~two~ birthday celebrations! You are celebrated twice every year, once on your actual day of birth and the other on your name day. Before coming to Romania, I had only heard of name days from Game of Thrones. So, I guess I knew they existed, but I didn’t really
think about if it was a real thing or not. 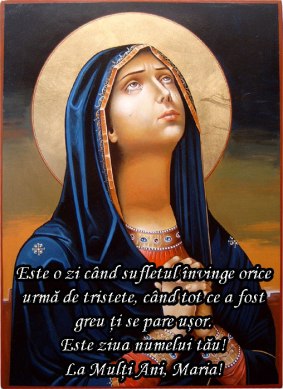 The tradition of Romanian name days originates in religion. The Eastern Orthodox church  of Romania has many, many saints, and each saint is assigned a particular day. If on that day you share a name with that saint, guess what? It’s your name day! And since the vast majority of this country is Orthodox (and serious about it), name da
ys have a significant place in the culture of the Romanian people.
These name day celebrations can be huge. For example, there are like two million people who celebrate on St. George’s day. 10% of the country celebrates St. John as a name day. These seem like huge numbers considering the relatively small population size of Romania (20 million), but keep in mind that they tend to reuse names a lot here.

I celebrated my very first name day this month. I wasn’t really expecting anything because I’m American. We don’t really celebrate this sort of thing. We do a “birthday month” instead (this is a Millennial thing, I think).

On my very first name day in Romania, people wished me a “La Multi Ani” (to many years – aka the thing Romanians say at every celebration) and they brought me flowers. I don’t think I’ve ever received so many flowers at once 🙂 I put them all together to make a mega arrangement. I didn’t have a vase big enough, so I put them in the blender and wrapped the blender all pretty (you can take the girl out of the redneck, but you can’t take the redneck out of the girl!).

It was a lovely day, so we had a grill outside. It was really nice!

I want to say thank you to all the wonderful people in my life that helped make my very first name day something really sweet and special.